H.R. 7778 would create new criminal penalties for individuals, organizations, or businesses that use the official seal of the Department of Homeland Security (DHS) in a manner that conveys the agency’s approval. Criminal fines are recorded as revenues, deposited in the Department of Justice’s (DOJ) Crime Victims Fund, and later spent without further appropriation action.

Under current law, several federal entities, including the Department of Treasury, the National Security Agency, the Central Intelligence Agency, the U.S. Marshals Service, and the U.S. Marine Corps, have similar protections for their respective seals. Based on information from DOJ regarding criminal penalties charged for the fraudulent use of these agencies’ seals, CBO estimates that implementing H.R. 7778 would increase revenues and direct spending by less than $500,000 over the 2023-2032 period, resulting in an insignificant effect on the deficit over the same period.

Based on conversations with DHS, CBO does not anticipate that implementing H.R. 7778 would result in any additional administrative costs.

H.R. 7778 contains no intergovernmental or private-sector mandates as defined in the Unfunded Mandates Reform Act and would not affect the budgets of state, local, or tribal governments. 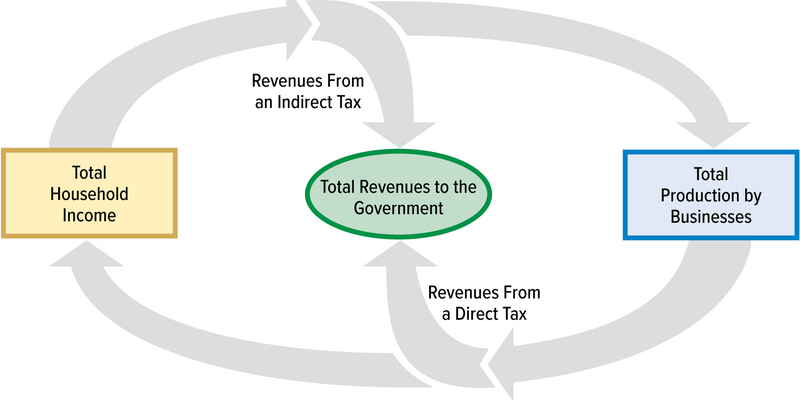 The collection of some types of taxes can affect the revenues generated by other taxes. In particular, excise taxes and other types of “indirect” taxes reduce the revenues derived from individual and corporate income taxes and payroll taxes. When analyzing the effects of legislation, the Congressional Budget Office and the staff of the Joint Committee on Taxation (JCT) take those effects on revenues into account.

Indirect taxes are imposed on goods and services rather than directly on wages, profits, or other forms of income. In addition to excise taxes, they include customs duties and certain compulsory governmental fees. Indirect taxes, whether paid by firms or passed on to consumers, reduce the income of workers and firms. The reduction, in turn, decreases the government’s revenues from “direct” tax sources, such as individual and corporate income taxes and payroll taxes.

The value of the offset varies each year because of differences in tax law and economic factors but in recent years has generally ranged from 21 percent to 25 percent of estimated revenues from indirect taxes; therefore, the net revenues generated from an indirect tax are only about three-quarters of the gross amount of revenues collected from the tax.

CBO applies the offset to budgetary estimates after accounting for people’s behavioral responses to the change in indirect taxes. The offset is not applied to estimates of spending proposals or to proposals that affect money collected by the government through a businesslike or market-oriented transaction with the public (such as fees collected from leasing federally controlled land).

This report explains how indirect taxes affect net tax revenues, how the rate of the income and payroll tax offset is determined, the cases in which CBO does and does not apply the offset in its cost estimates, and how it reflects the offset in its baseline projections of revenues under current law.

H.R. 2800 would require the Department of Veterans Affairs (VA) to provide each veteran who submits a claim for VA benefits the option to allow certain Congressional employees to access their records in VA’s databases. Under the bill, veterans would be able to designate an employee of the Member of Congress who represents the veteran in the Congress to access the veteran’s records. VA would be required to provide those employees with read-only access to the veteran’s records in VA’s databases. Each Representative, Senator, Delegate, or Resident Commissioner would be able to designate two employees to access the records of veterans who reside in the district or state represented by such Member of Congress.

H.R. 291 would require the Department of Veterans Affairs (VA) to identify medical facilities that could reduce operating costs by purchasing and using on-site equipment to treat and dispose of medical waste. VA currently has 22 facilities with on-site medical waste treatment systems and plans to install them at four more facilities. The costs of on-site waste removal systems have ranged from $500,000 to $1.5 million. VA’s other facilities dispose of regulated medical waste through contracts with off-site facilities, sharing agreements with other federal agencies, and other forms of on-site activities.

In 2022, the Congress provided USAID almost $1 billion for its ongoing programs to support education. The focus of those programs is primary education and foundational skills; the agency currently provides limited assistance that would meet the bill’s requirements. For example, USAID plans to spend $11 million in Mozambique over the 2022-2027 period to provide girls and young women with expanded access to education, sanitation, and health services. 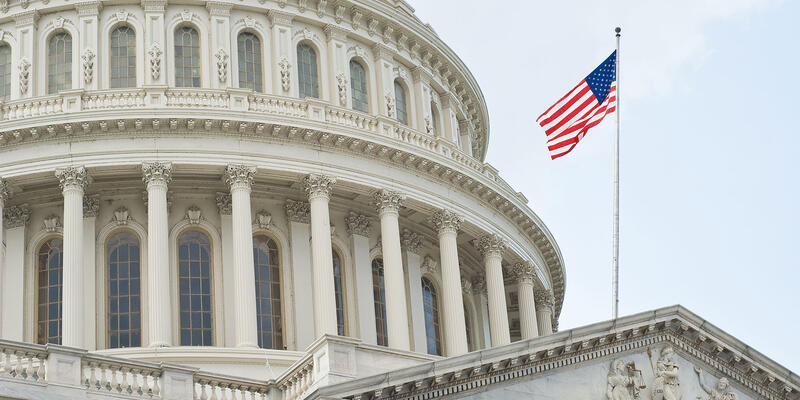 This letter responds to a request for information on the effects of a final rule issued in July 2022 by the Pension Benefit Guaranty Corporation (PBGC) for special financial assistance (SFA) provided under the American Rescue Plan Act (ARPA), enacted in March 2021. The Congressional Budget Office’s initial estimates of SFA were based on how CBO expected that PBGC would implement ARPA. PBGC’s July 2021 interim final rule was consistent with those expectations. The final rule, which was issued in July 2022, changed the method used to compute SFA, including the assumed rate of return. It also changed the type of assets in which pension plans may invest SFA, which changes the expected rate of return and risk profile of those investments.

CBO anticipates that the changes in the final rule will increase the total amount of SFA that plans will receive. The agency estimates that the amount of assistance will total $90.4 billion over the 2022-2032 period, which is $4.5 billion, or 5 percent, more than the $85.9 billion estimated in CBO’s May 2022 baseline budgetary projections, which were based on expectations consistent with the July 2021 interim final rule.

S. 4656 would extend through 2024 the authority for the Department of Homeland Security (DHS) to create and operate “Joint Task Forces” (JTFs). JTFs integrate resources, intelligence, planning and operations across DHS’s component units, including the Coast Guard, Customs and Border Protection, and Immigration and Customs Enforcement. DHS uses JTFs to combat transnational criminal organizations, enforce immigration laws, and coordinate its border security efforts. Under current law, DHS’s authority to establish and operate JTFs expires at the end of fiscal year 2022. 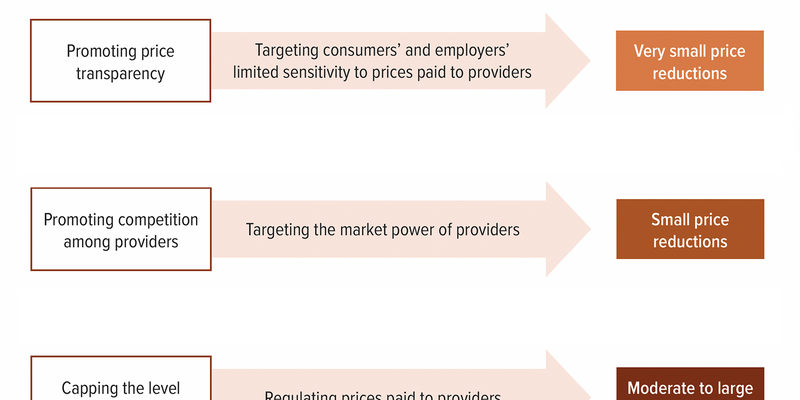 Factors That Lead to High Prices. The prices that providers negotiate with commercial insurers are high because of several factors, including hospitals’ and physicians’ market power and consumers’ and employers’ lack of sensitivity to those prices.

How Federal Legislation Can Address High Prices. Government policies can reduce commercial insurers’ prices for providers by targeting the factors that contribute to high prices, although many of the causes of those factors are not amenable to change by legislative action. The government can also reduce prices through regulation. By reviewing state laws, draft federal legislation, policy proposals, and published articles, CBO identified three broad policy approaches available to the Congress:

Effects on Prices. In CBO’s assessment, price-cap policies could have the largest effects on prices. Depending on the design of the caps, adopting the most comprehensive set of price-cap policies included in this analysis would reduce prices either by a moderate amount (from more than 3 percent to 5 percent) or by a large amount (more than 5 percent) in the first 10 years after the policies were enacted, relative to the trajectory of prices under current law. Adopting all of the provider-competition policies in this analysis would reduce prices by a small amount (from more than 1 percent to 3 percent), and adopting all of the price-transparency policies would reduce prices by a very small amount (0.1 percent to 1 percent). Those amounts reflect anticipated effects in a given year once policies had been fully implemented and stakeholders had fully adjusted to them. Each approach might have larger effects beyond the first 10 years, but those longer-term effects are more uncertain.

Implications for the Federal Budget. Each of the three policy approaches would reduce the federal deficit. In CBO’s assessment, commercial insurers would pass most of their savings from paying lower prices on to customers by reducing premiums (because of competition among insurers, insurance regulations, and other factors), thus decreasing federal subsidies for health insurance.

Other Potential Effects. Lowering the prices paid by commercial insurers would have other effects as well, such as reducing income for some providers and improving financial outcomes for people with commercial health insurance. It could also result in decreases in some aspects of the quality of health care and patients’ access to care.

H.R. 3793 would increase the maximum amount of Servicemembers Group Life Insurance (SGLI) that a service member may carry from $400,000 to $500,000. The bill would similarly increase the maximum coverage amount available to veterans through the Veterans’ Group Life Insurance (VGLI) program. The Department of Veterans Affairs (VA), the administrator of both programs, would be required to confirm that the programs remain actuarially sound after the increases to the maximum coverage amounts and premiums.